Will you consider being a sponsor?

The Kimberley Process wants every diamond export to have a Kimberley Process certificate accompanying it, so that no diamond is imported from, or exported to, a non-member of the project. The Kimberley Process also wishes to include issues related to human rights and labor relations. To help create conditions in which Sub-Saharan Africa's artisanal diamond miners can reach their economic potential, and support the development of their countries economically. 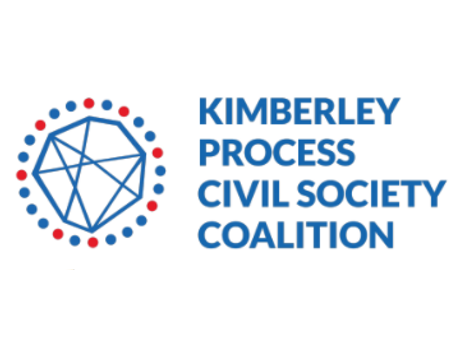 The Kimberley Process is flawed, but it still serves an important role for the world and the jewelry industry. If it continues to evolve, it can become a better process over time.

Many people think the Kimberley Process is an initiative of the diamond industry. But in fact, it is an initiative formed by a United Nations General Assembly Resolution (55/56), intended to get governments to endorse and perform a system of warranties created by the World Diamond Council (WDC). Currently, 82 countries are members.

In order to be a participant in the Kimberley Process, each government must "ensure that any diamond originating from the country does not finance a rebel group or other entity seeking to overthrow a UN-recognized government, that every diamond export be accompanied by a Kimberley Process certificate and that no diamond is imported from, or exported to, a non-member of the scheme."  And, as is common in agreements between governments, each government carefully monitors its own priorities and objectives, and doesn't always tell the truth. In addition, the World Diamond Council has not always been transparent about the inherent deficiencies of the Kimberley Process, leading to extensive criticisms of the initiative and its portrayal to consumers. All this means that progress is slow, often highly self-interested, and sometimes takes a step back for each two steps forward.

The current form of the Kimberley Process does not fully address the human or environmental impact of diamond mining, nor does it adequately address traceability. Recent technological progress in blockchain technology is making it possible to trace individual materials (for example, if you want to know where the tomato you are eating came from and when it was picked, that's possible today, but it wasn't in 2003 when the Kimberley Process began).

But flawed doesn't mean worthless. The extractives industry in Africa has a torrid history of colonialization, wars, and corruption that goes back hundreds of years. In other words, it's messy. Very messy. Messy human problems take time and patience to change, and must be solved in the context of each participating country's current social, political, and economic set of realities (diamonds aren't their only concerns). So the fact that these governments continue to engage in discussion and progress is very positive. The Kimberley Process has led to improvements, and will continue to support positive change over time. But it should be viewed as only one part of a worldwide effort to clean up jewelry supply chains.

What jewelry industry members must do is remember that the process is imperfect, and that simply asking diamond suppliers if they are KPCS compliant is not the same thing as being a responsible sourcer of diamonds. It is a good step, but insufficient on its own to meet the human and environmental responsibilities we bear as an industry.

According to a press release from the WDC on April 4, 2019, "Expanding the scope of the Kimberley Process to include issues related to human rights and labor relations will help create conditions in which Sub-Saharan Africa's artisanal diamond miners can meet their economic potential, and so support the development of their countries' economies." This was said by Marie-Chantal Kaninda, Executive Director of WDC, at the Forum of the Africa-Belgium Business Week on April 3, 2019 in Belgium.

Also at the Forum:

The Forum was organized by Africa Rise, a Belgian organization that promotes Africa's economic and social emergence through contacts between its entrepreneurs and their counterparts from other parts the world. The guests of honor at the forum were Faustin Archange Touadera, President of the Central African Republic (CAR), and Charles Michel, the Belgian Prime Minister.

CAR is still under suspension from the Kimberley Process. But in February 2019, the CAR government signed a peace agreement with 14 rebel groups, ending a seven-year civil war. According to Ms. Kaninda, the WDC is optimistic "that the end of the conflict will precipitate better prospects for the African nation. "We believe that through the implementation of the peace process, the CAR will be able to resume the unrestricted export of rough diamonds, supported by the Kimberley Process Certification System, and, paraphrasing the President, help turn the CAR resolutely towards its development."

"Although the CAR remains under Kimberley Process suspension, forbidding diamond exports from areas falling outside of the so-called green zones in the western part of the country, from which diamond exports are approved monthly by a monitoring team, its government has been working closely with the Kimberley Process to enable the sale of artisanally-mined alluvial stones. The WDC strongly advocates that the CAR and other countries where artisanal diamond mining is prominent enjoy similar benefits from their production as do other African countries that have seen their economies and nations transformed by the proceeds from diamond sales."

NOVEMBER 4-5, 2022 CONFERENCE
TONS OF INFORMATIVE CONTENT
BACK IN PERSON